How To: Some Basic (And Not-So-Basic) Photo Management

I recently consolidated and organized my photo library. At the start of the project, I had 13,000 photos dispersed between a number of locations: DVDs, an external drive, an android phone (and Google plus/android instant backup), a Macbook Air, a Windows desktop's hard drive, another internal hard drive, and Dropbox. It was what anyone would call a "cluster." Also, it was more than a little daunting since photos were duplicated across several locations with various names, states of Exif data (present, corrupted, or not present). This is the evolving story of how I got it together and my plan on keeping it from becoming another cluster in the future.
*Edit: I'm afraid I've buried the lede with this How-To. For the really good stuff, head down to step 5.
Goal Oriented Setup: What We're Shooting For

Note: Picasa can work as a tool for this library (since it doesn't move the photos around), but the library is not reliant upon Picasa to be useful.
Basically, I want to be able to find a single event/photo easily and have a system that is easily maintainable. 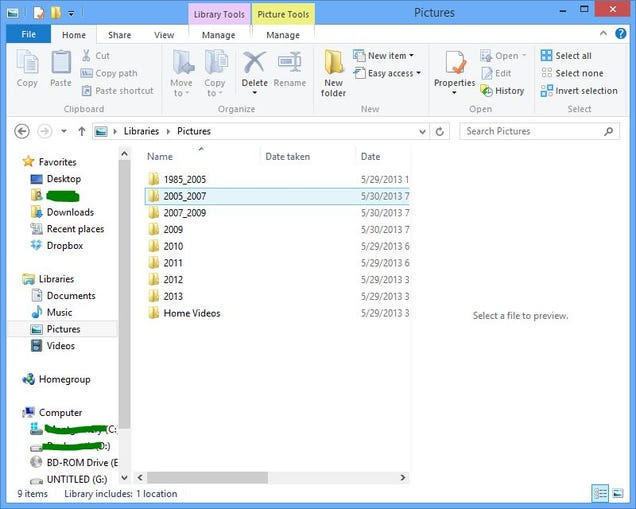 EXPAND
As someone who has had, over the years, a number of phones, cameras, as well as collections of photos from other people's cameras, it's time to get your photos all in one place, separated by a logical, simple system. I would strongly urge most people keep it less than 10 total mutually exclusive folders. Having too many folders that split up your library can make it harder to find 'that photo' quickly. For old photos, I'd keep big boxes (5+ years) and as you get closer to the present, make the folders cover a smaller time range (1 year or 1 semester). Folders based on events can be helpful, but are not date sortable unless you name them smartly (like "YYYYMM event name" or something). Everyone's system can and will be different, but I've set it up like this based on major life events like college, cities lived in, and years:
1985_2005, 2006_2007, 2007_2009, 2009, 2010, 2011, 2012, 2013.
You should be pretty easily be able to divide all your photos into these big buckets. As I did, you might have duplicate photos with a variety of filenames. That's what you'll be tackling next.

EXPAND
Once photos are messily tossed into your buckets, it's now time to organize. Unfortunately, you're going to have to download a piece of single-use software. Luckily, you should only have to do this once and the software should be free. I was very impressed with Fast Duplicate File Finder for my Windows 8 64 PC, but there are a ton of others on all OSs. The one I used was good because it wasn't looking for filename similarities, but it looked for actual file similarity (I think it uses some sort of checksum). If you have good, free alternatives for this or other OS's, please weigh in below because I don't have any insight. 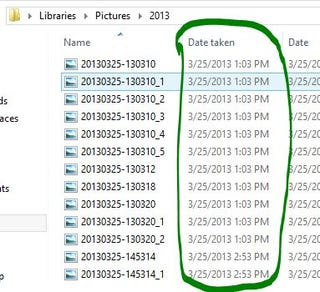 EXPAND
Here's another step that there are lots of tools out there to help with, but none really do a particularly bang-up job for free. In Windows Explorer, go through your photo buckets using the 'details' view, add the "Date Created" column and sort based on that. You should be able to find images with bad Exif data by ones that are too old (default camera setting 1/1/2001) and too new (date they were moved between two hard drives). Most cameras and phone cameras should have already put the correct information on your photos. Exif data is important to get in order because you want to use picture's metadata to rename files in a way that makes sense. You can edit Exif date/time via a number of ways. Picasa (Under 'Tools'), Windows Explorer (Files Properties>Details). Both Picasa and Windows Explorer can modify multiple pictures' Exif "Date Taken" date, but Explorer can't edit the time in Win8, annoyingly. For pictures that have date/time that had a camera that was set incorrectly, you can use Picasa to shift the Exif by a set amount. Careful of timezone codes. 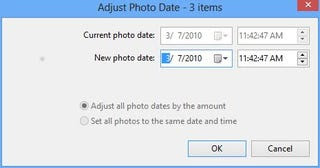 EXPAND
If the filename already has the date/time info in it, there are ways that you can automatically use that to populate the Exif data using Exiftool. I'm still getting the hang of this powerful tool, but it can do a lot in terms of helping with this process. We'll be looking more at this tool later on.
This can take a long time! But it's the most important step toward getting your files in order, since you'll be using the Exif data to rename them. I was mainly going for sortability based on chronology, so if I had a set of pictures that didn't have a date/time, I just got it in the right month and called it good.

So let's take stock. You have all your photos in an organized location. There aren't any duplicates. They have accurate Exif data (at least in terms of date/time). Now you want to make the pictures uniform in filename so they are sortable by name and still maintain their chronologality (sorry, English). That means using a filename system like YYYYMMDD-hhmmss-#. For example, 20031231-235900.jpg for exactly 60 seconds before new years, 2004. The # is for if you have more than one photo with the same timestamp in the Exif data. This can be the case for photos where you didn't have Exif data so you fudged it or ones that were taken in burst mode.
Initially, I used Namexif to do this (written up by the venerable LH guru, Gina), however I found the interface to be buggy since it was written a while back. I switched to another piece of software, Bulk Rename Utility. It's free and powerful. Here's how it should be setup: 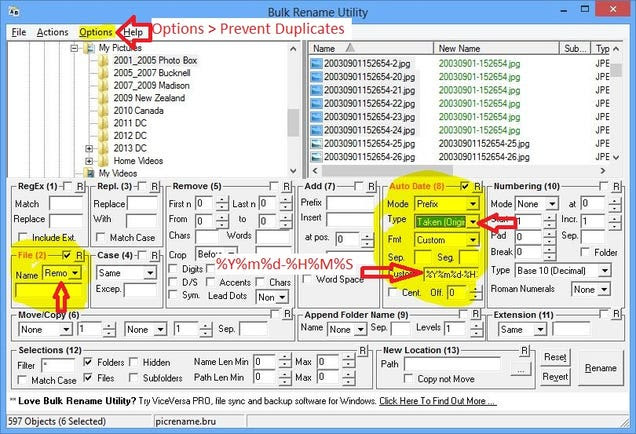 EXPAND1
This tool is very fast, but you need to make sure you're using the right date/time from the Exif. Generally, it should be the "Taken (original)", but it might be the "Taken (digitized)" or the "Modified" based on how the camera saved the data. Look before you leap and make sure the preview name looks good. 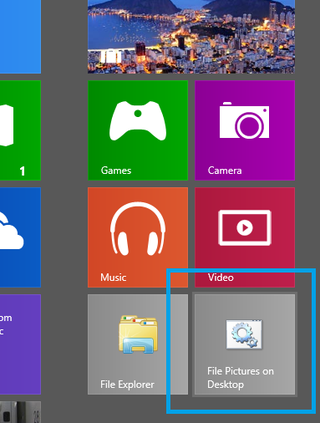 EXPAND
This deserves it's own post.
After already doing the renaming with the above tool, I found a more complex, but extremely powerful tool called Exiftool. In an effort to automate and streamline my future picture filing, I have figured out a way to run a batch file that: calls the tool, looks in a directory for all .jpg's, pulls the "Taken Date/Times," renames the files, and places the files in a specified folder (my 2013 folder). Um, woohoo! Using this batch file, you should be able to simply run a script (on a schedule or just manually), and your watch folder will auto-magically organize new pictures and file them away to your picture location. You could easily have the same batch file run the same command over multiple directories. To change the destination folder, simply edit the batch file.
Here's the contents of my .bat file after downloading the Exiftool and placing it in C:\Windows on your drive:

This should go without saying, but please take the time to understand everything here before you run off and start executing batch files. Big props to Phil Harvey for an awesome free tool, amazing documentation, and a lot of forum support. The syntax would need to change when running something similar on OSX or Linux. Here's a post about someone who set something similar up in Mac using Automator. I'll break down each argument in the batch file in the comments below.

You probably should already have this in place, but since we're doing some rearranging, it would be good to revisit your crash plan. You'll also want to backup the location where your photos are stored on an external location, either in the cloud via carbonite or something or a backup drive using Windows File History or OS:X's Time Machine, or equivalent.
Email Post

Can You Win When Disputing Accurate Credit Report Items?